Michael Buble Will Not Retire After All 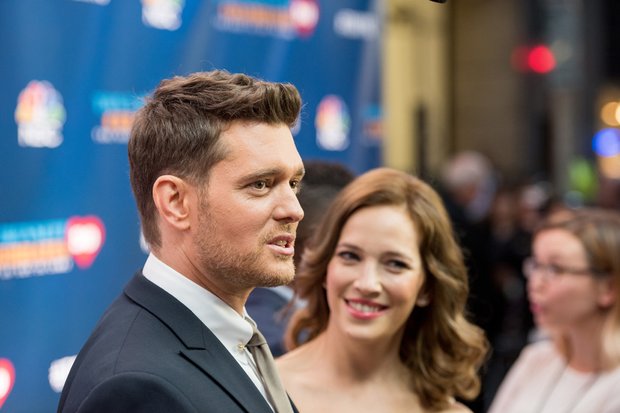 A representative for Michael Bublé told Us Weekly the Grammy-winning singer has no plans to retire, despite an earlier report indicating the singer was ready to step away from the microphone. “He is not going anywhere,” a representative for Bublé told the magazine. The singer reportedly was joking when he told the Daily Mail he was “retiring from the business” after the release of his upcoming album, Love. “This is my last interview,” he told the website. “I’ve made the perfect record and now I can leave at the very top.” The singer also spoke about how his 5-year-old son’s liver cancer, now in remission, changed his “perception of life.” “The truth is it had been a while since I’d been having fun,” he reportedly told the Daily Mail. “I’d started to worry about ticket sales for my tours, what the critics said, what the perception of me might be.” The representative told Us Weekly that Bublé “was talking about the emotions he was feeling during his son’s illness” during the interview.