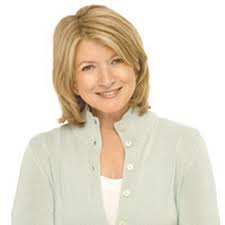 Shortly after announcing he will pardon conservative pundit Dinesh D’Souza, President Trump said he is considering two other commutations — one for TV personality Martha Stewart, and one for former Illinois Gov. Rod Blagojevich.

Blagojevich, a Democrat, was impeached and left office, and was convicted in 2011 of federal corruption charges over his attempt to sell Barack Obama’s vacant Senate seat when he was elected president.

According to , Mr. Trump made the announcement on Air Force One, on his way to Texas to visit with families of the Santa Fe high school shooting and to meet with supporters at a National Republican Senate Committee lunch.

“Rod Blagojevich — 18 years in jail for being stupid and saying things that every other politician, you know that many other politicians say,” the president said. “And if you look at what he said he said something to the effect like what do I get … stupid thing to say. But he’s sort of saying … he’s gonna make a U.S. senator, which is a very big deal. And it was foolish …18 years now. I don’t know him other than that he was on ‘The Apprentice’ for a short period of time.”

Stewart was convicted in 2004 on all four counts of obstructing justice and lying to federal investigators about a stock sale. Mr. Trump commented Thursday that Stewart was once one of his biggest fans.

“I think to a certain extent Martha Stewart was harshly and unfairly treated,” Mr. Trump said. “And she used to be my biggest fan in the world … before I became a politician. But that’s OK, I don’t view it that way.”

“Will be giving a Full Pardon to Dinesh D’Souza today,” Mr. Trump tweeted Thursday morning. “He was treated very unfairly by our government!