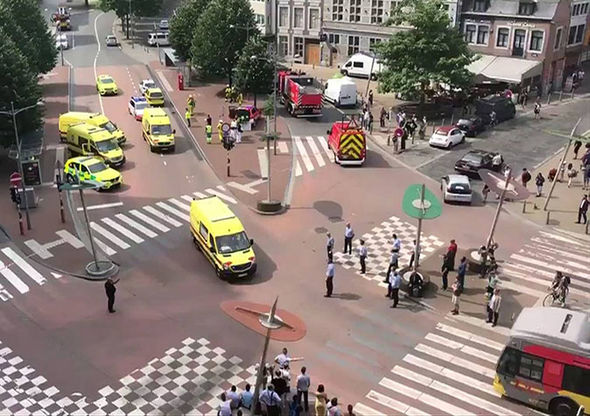 The man who shot dead two police officers and a civilian in the Belgian city of Liège had killed someone the night before the attacks, the country’s interior minister, Jan Jabon, stated.

According to BBC,  Jambon said the gunman, named as Benjamin Herman, had murdered a man – a former prisoner – he met while in jail.

Reports said the victim was Michael Wilmet, 30, a convicted drug dealer who was hit repeatedly with a hammer.

Prosecutors say they are treating the attacks as “terrorist murder”.

The gunman also took a female cleaner hostage at a school before being killed by police.

Officials said the 31-year-old man had shouted “Allahu Akbar” (“God is greatest” in Arabic) several times during the attack.

He was let out from prison on temporary release on Monday where he had been serving time for theft and drug offences. Local media report that he may have been radicalised while in jail.

“There are signs he was radicalised in prison, but is it that radicalisation which drove him to commit these acts?” Mr Jambon said on RTL radio.

“It could have been because he had nothing to look forward to, because he also killed someone the night before, the guy’s psychology and the fact… he may have been on drugs.”

Why was he released?

The gunman had been in and out of prison since he was a teenager and had a criminal record that included assault and drug offences, police say.

He was released at 07:30 local time on Monday and, under the terms of the temporary release, was expected to return to jail on Tuesday. It was during this period that he launched the attacks.

Justice Minister Koen Geens defended the decision to release him, saying it was intended to help him prepare for his full release scheduled for 2020. He added that the attacker had been granted temporary leave numerous times before without incident.

But he admitted that he had to “examine” his conscience following the attacks.

“The question of whether this man should have been given leave is striking because he killed three completely innocent people with a wish to kill himself,” he told RTBF radio.

“I feel responsible because I have responsibility for prisons.”