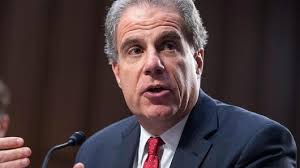 Although public details of these exchanges are scant, they could constitute prosecutable violations of federal gift-giving rules, according to the Daily Caller.

The gifts in question included “tickets to sporting events, golfing outings, drinks and meals, and admittance to nonpublic social events.”

“We will separately report on those investigations as they are concluded, consistent with the Inspector General Act, other applicable federal statutes, and OIG policy,” the report reads.

Gifting rules for executive branch officials are strict and exacting. The U.S. Office of Government Ethics provides that “executive branch employees may not solicit or accept gifts that are given because of their official positions or that come from certain interested sources (‘prohibited sources’).”

The rules define a prohibited source as a person who:

Those definitions derive from the U.S. Code that states violations will be sanctioned “in accordance with any applicable laws, executive orders, and rules or regulations.”