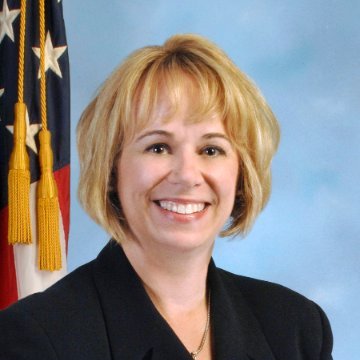 The FBI launched a criminal probe against former Trump National Security Adviser Michael Flynn two years after the retired Army general roiled the bureau’s leadership by intervening on behalf of a decorated female counterterrorism agent, Robin Gritz, who accused now-Deputy FBI Director Andrew McCabe and other top officials of sexual discrimination, according to documents and interviews. 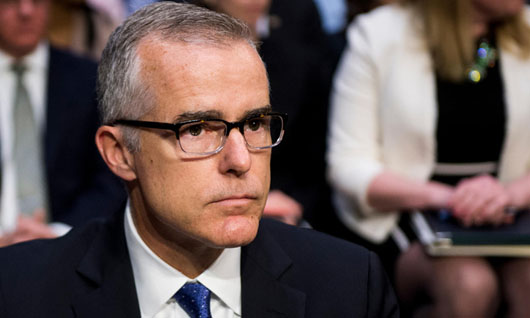 Documents and memos obtained by Circa, as part of an exclusive report by Sara Carter, detail how Flynn and other top officials at other government agencies in 2014 e 2015 came to intervene in the EEOC case of Robin Gritz, who rose over two decades to a supervisory special agent inside the FBI on the strength of her counterterrorism work.

For nearly a decade, Gritz worked with the intelligence community to help successfully track down global terrorists or rescue Western hostages, and was even occasionally called upon to personally brief then-Director Robert Mueller on sensitive cases like the disappearance of a retired agent Robert Levinson inside Iran, memos show.

But her career took a sudden downward turn after she went to work under McCabe and his leadership team in 2012, resulting in her first negative rating after years of outstanding performance reviews. She filed an EEOC complain inside the FBI against a handful of bureau executives in 2012, alleging her career was being derailed by sexual discrimination. 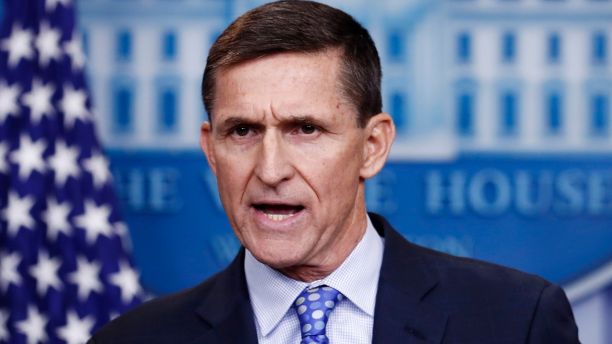 Flynn’s intervention on behalf of Supervisory Special Agent Robyn Gritz was highly unusual, and included a letter in 2014 on his official Pentagon stationary, a public interview in 2015 supporting Gritz’s case and an offer to testify on her behalf. His offer put him as a hostile witness in a case against McCabe, who was soaring through the bureau’s leadership ranks.

The FBI sought to block Flynn’s support for the agent, asking a federal administrative law judge in May 2014 to keep Flynn and others from becoming a witness in her Equal Employment Opportunity Commission (EEOC) case, memos obtained by Circa show. Two years later, the FBI opened its inquiry of Flynn.

The EEOC case, which is still pending, was serious enough to require McCabe to submit to a sworn statement to investigators, the documents show.

The deputy director’s testimony provided some of the strongest evidence in the case of possible retaliation, because he admitted the FBI opened an internal investigation into Gritz’s personal conduct after learning the agent “had filed or intended to file” a sex discrimination complaint against her supervisors.

McCabe eventually became the bureau’s No. 2 executive and emerged as a central player in the FBI’s Russia election tampering investigation, putting him in a position to impact the criminal inquiry against Flynn.

Three FBI employees told Circa they personally witnessed McCabe make disparaging remarks about Flynn before and during the time the retired Army general emerged as a figure in the Russia case.

The bureau employees, who spoke only on condition of anonymity for fear of retribution, said they did not know the reason for McCabe’s displeasure with Flynn, but that it made them uncomfortable as the Russia probe began to unfold and pressure built to investigate Flynn. One employee even consulted a private lawyer.

“As far as the troops in the field, the vast-majority were disgusted with the Russia decision, but that was McCabe driving the result that eventually led [former FBI Director James] Comey to make the decision,” said a senior federal law enforcement official, with direct knowledge of the investigation.

“The Flynn leaks were nothing short of political,” one FBI employee said, noting the specific contents of the conversation were known by only a handful of government officials when they leaked. “The leaks appeared to be targeted to take Flynn out.”

Eventually the probe on Flynn moved beyond Russia to questions about whether he properly disclosed foreign payments affecting his security clearance.

FBI officials declined to answer any questions from Circa, including whether McCabe ever considered recusing himself or has recused himself from the Flynn aspects of the Russia probe. McCabe declined comment via the FBI press office.

But one of the FBI’s most famous whistleblowers says McCabe has an ethical obligation to recuse himself in the Flynn probe to avoid the appearance of retribution or bias.

“I don’t think they have any choice. He has to step aside,” said Frederic Whitehurst, who as an FBI special agent and forensic chemist blew the whistle on misdeeds inside the FBI crime lab two decades ago and prompted widespread reforms.

“If he stays involved, the case against Flynn has no credibility,” explained Whitehurst, now often called as an expert witness in court cases. “If there are criminal charges that could go against Flynn, that’s got to go to court. And those agents at some point may be called before a grand jury and anything he (McCabe) said to them about Flynn could be used as exonerating information or evidence of misconduct.”

Whitehurst said he saw senior FBI officials, including then-Director Louis Freeh and then-General Counsel Howard Shapiro, recuse themselves in the 1990s from his whistleblowing case to avoid looking they were involved in retribution after he made allegations of wrongdoing by the bureau

The FBI concluded there was no discrimination, arguing Gritz was referred to OPR for investigation on June 20, 2012 before she ever filed her EEOC complaint.

But McCabe’s sworn statement offered evidence that actually supported Gritz’s claim of retaliation and discrimination, recounting a conversation on June 19, 2012 in which he authorized the OPR investigation of Gritz after one of his deputies told him Gritz was about to file an EEO complaint, his sworn statement shows.

“I first learned of the issues that led to Ms. Gritz’s current OPR investigation during a telephone call with Deputy Assistant Director (DAD) Jennifer Ley on June 19, 2012,” McCabe testified.

“I recalled that during the course of our conversation DAD Ley mentioned to me that Ms. Gritz had filed or intended to file an EEO complaint against her immediate supervisor.”

The very next day, the FBI initiated the OPR investigation of Gritz, according to evidence in the FBI’s official personnel files. FBI records support McCabe’s version of events, showing Gritz had contacted FBI EEO officials in mid-June before the OPR probe was initiated, then filed her formal complaint a few weeks later. The FBI ‘s official report of investigation on Gritz’s EEO complaint, which absolved the FBI of any discrimination, omitted any mention that McCabe had been aware of the EEO complaint before the bureau filed its OPR action against Gritz.

Gritz’s initial complaint in 2012 named the FBI supervisor below McCabe. She chose to resign from the FBI in 2013, her case becoming the poster child for a National Public Radio story on the FBI’s allegedly hostile environment for women agents in 2015.

In 2014, Gritz amended her EEOC complaint to specifically name McCabe, alleging she suffered “a hostile environment, defamation of character through continued targeting by Andrew McCabe in official documents, and continuous patterns and instances of severe and excessive hostile behavior/attitude toward complainant. These actions have a negative impact on the complainant, professionally, financially, and personally.”

Flynn’s intervention in the case occurred around the time that McCabe’s name was added to the complaint. Flynn’s first act was to write a letter of support in her case.

“SSA Gritz was well-known, liked and respected in the military counter-terrorism community for her energy, commitment and professional capacity, and over the years worked in several interagency groups on counter-terrorism targeting initiatives,” Flynn wrote May 9, 2014.

Al momento, Flynn was an Army lieutenant general and the chief of the Defense Intelligence Agency, and he put his letter on official agency stationary to be submitted in Gritz’s case.

As soon as Gritz revealed to the FBI that Flynn and other top federal figures had written letters to support her case and likely would be called as witnesses, the bureau dispatched a lawyer to try to block the evidence from being included in the EEO case, documents show.

The FBI “has reviewed the letters submitted by the Complainant and objects to their inclusion in the record,” the bureau’s lawyer wrote. “They are selfserving letters, not part of any personnel file nor contemporaneous generated during the period of Ms. Gritz’s employment with the FBI, and which she has unilaterally solicited and obtained. They should be excluded.”

While the FBI argued Gritz’s had become underperforming, tardy to work, insurbordinate, possibly mentally ill or emotional and deserving of a poor performance review, Flynn argued just the opposite, saying he saw the agent excel while working with the DIA and other intelligence community agencies.

“Her work consistently made a positive difference,” Flynn wrote. “.Her tenacity and personal commitment consistently produced outstanding results in the most challenging environments.”

Flynn went further, offering an interview in 2015 with NPR in which he called Gritz one of the “bright lights and shining stars” in the intelligence community who “just kinda got it when it came to the kind of enemy that we were facing and the relationship that was necessary between law enforcement and the military.”