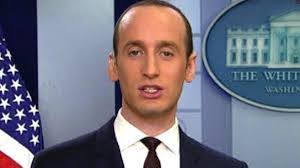 Carter Page was not the only Trump campaign adviser invited to a July 2016 event at the University of Cambridge, the storied British institution where “Spygate” is believed to have originated.

The Daily Caller News Foundation has learned that an invitation to attend the campaign-themed event was extended to Stephen Miller, another Trump campaign adviser who currently serves in the White House. Miller did not attend the event, which featured former Secretary of State Madeleine Albright as a keynote speaker.

J. D. Gordon, the director of the campaign’s national security advisory committee, told TheDCNF he believes the invitation from Cambridge to Miller was sent in May 2016. That’s a month before a graduate assistant of FBI informant Stefan Halper sent an invitation to Page to visit the campus.